What did I do in Croatia?

Hopefully I got you somewhat curious about Croatia with my last post that practically described it as the best thing since sliced bread.  I ended up gushing about the country in general and Jamming Adventures a lot, so I figured I would save the beautiful details for this post instead of turning the last one into a War and Peace-sized production.

I'll start with one of my favorite things:  food and drink.  They make great coffee (this is very important to me), brew very nice basic beers (this is also very important to me), and boast some absolutely fantastic wines that just don't get exported (this is very perturbing to me).  Influence from Italy and northern countries like Slovenia, Austria, and Hungary mean that Croatia knows its way around pizza, sausage, steak, and seafood.  I had the best calamari of my life at a restaurant in a campground that we kayaked to. Sheep cheese from the region of Pag gave me a foodgasm.  My stomach loved Croatia.

And now, the stuff I got to do:  Torrential rains threw a bit of a wrench into our plans for the first couple of days, but thankfully it didn't stop us from doing anything at all.  We spent an afternoon running around the nearby town of Sibenik, where we explored an abandoned fort that just happened to be one of the locations where a little HBO series called Game of Thrones is filmed.  There was no one there except for us and a crew setting up equipment for shooting the next day.  After the rains cleared up on a couple of other days, we kayaked and biked our way around the island of Murter.  We kayaked to beaches not accessible by motor vehicle and snorkeled around a small shipwreck, and we biked through sandy trails and nearby towns throughout the island, where I found out that I SUCK at mountain biking.  The beautiful afternoon and picture-perfect views made up for my wimpy biking.

Man, I thought Murter was gorgeous.  Then Jamming started taking us to national parks for more kayaking, biking, and hiking, and it got even better.

We spent a day hiking in Paklenica National Park, which boasts steep, jagged mountains that makes rock climbers drool.  A steep climb up a winding, gravelly trail that criss-crossed streams and waterfalls brought us to Manita pec cave, an 8-story gigantic cave with stalactites and stalagmites that are millions of years old.  It was pretty mind-boggling.  It was also freezing inside.  The views the entire way were incredible.  Even from the parking lot.  I'm going to let the pictures speak for themselves. 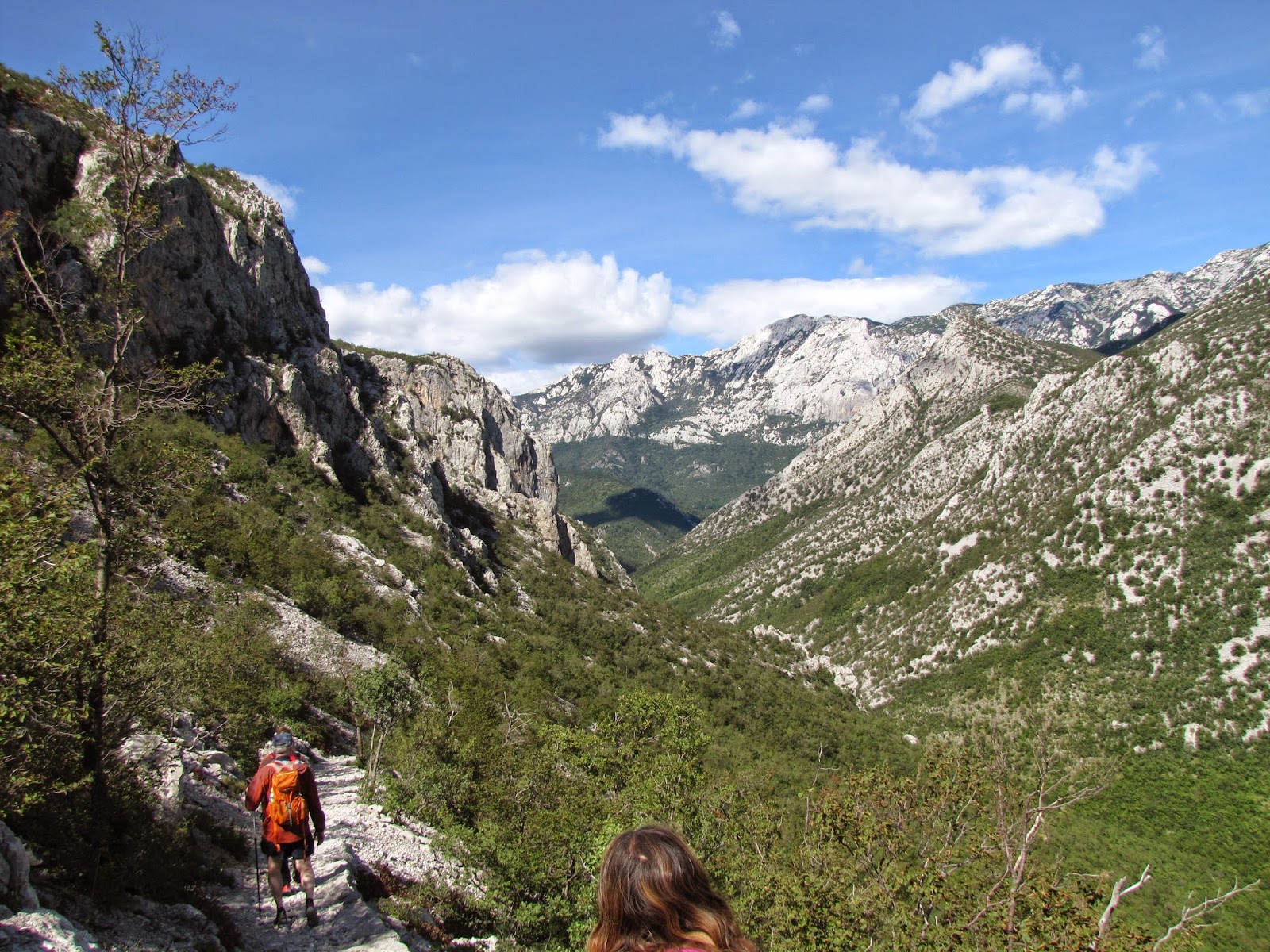 Another day was spent kayaking in Kornati National Park.  This was my absolute favorite day, and I considered throwing a fit when we were told we needed to head home.  To access the park, you need a permit - and a boat to get you there.  You also need someone that knows their way around, because the park is just a bunch of (mostly) uninhabited rocky islands sitting in crystal clear blue water. 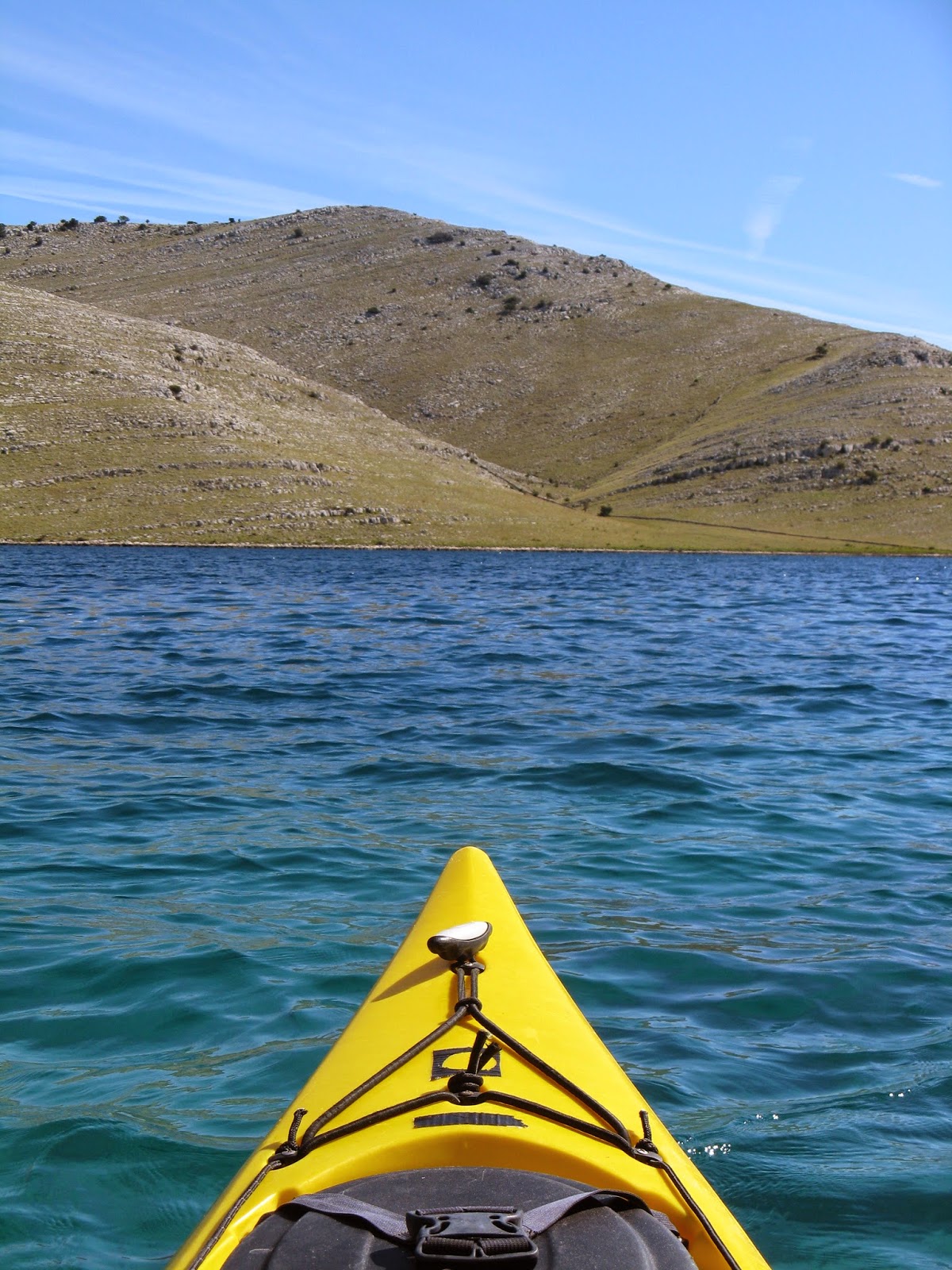 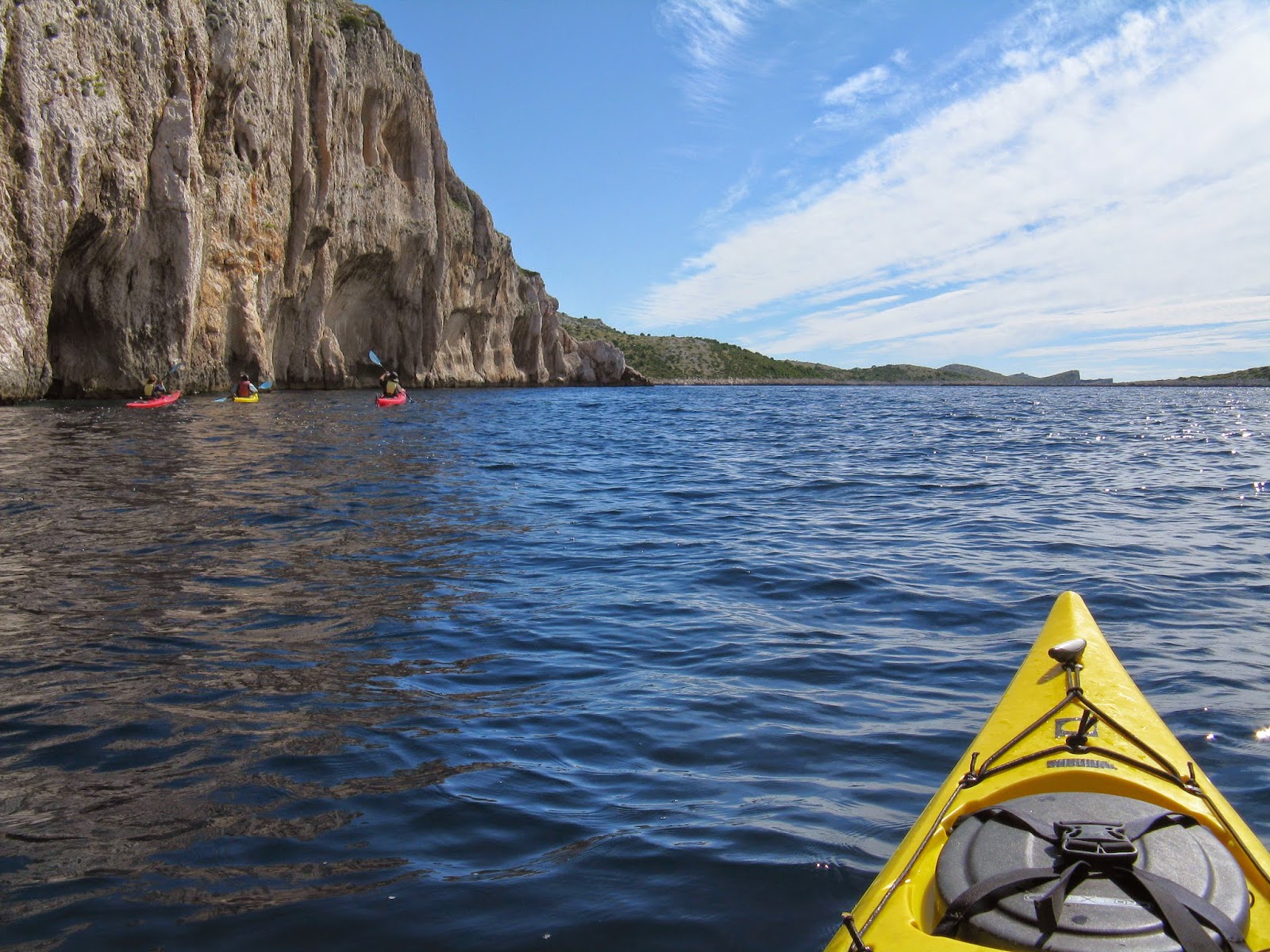 Well, Jamming knows a guy who has a boat and knows his way around.  So we loaded a bunch of kayaks into his boat and spent 3 chilly hours speeding our way over.  It really is nothing but clear water, hilly/rocky islands, and a few grazing sheep roaming around.  It was glorious.  Our guide, Pero, led us to one of the only beaches in the entire park, which was simply stunning.  I would have been happy camping out and kayaking this park for days. Our final day was spent biking around Krka National Park and visiting the enormous waterfalls that are the main draw of the park.  This was (mercifully) a road biking day.  I love me some road biking.

It started raining - yes, again - as we arrived at the entrance to the waterfalls.  Much of the entrance area was actually flooded.  It wasn't until this point that I realized just how much rain Croatia was getting.  The waterfalls were completely out of control.  Paul, one of the owners of Jamming that came out to meet us at the falls, reported that this was the largest the falls had been in at least 25 years.  These falls were indeed incredible.  But the sheer amount of water we saw being thrown around was flabbergasting.  Everything - everything -  turned out to be flooded.  Open walkways had water rushing underneath.  If this park had been in the US, it would have been closed to the public.  I'm glad it wasn't, though.  It was an amazing sight, and we got to see it in a way that very few people ever will.  The power of water was very humbling that day. 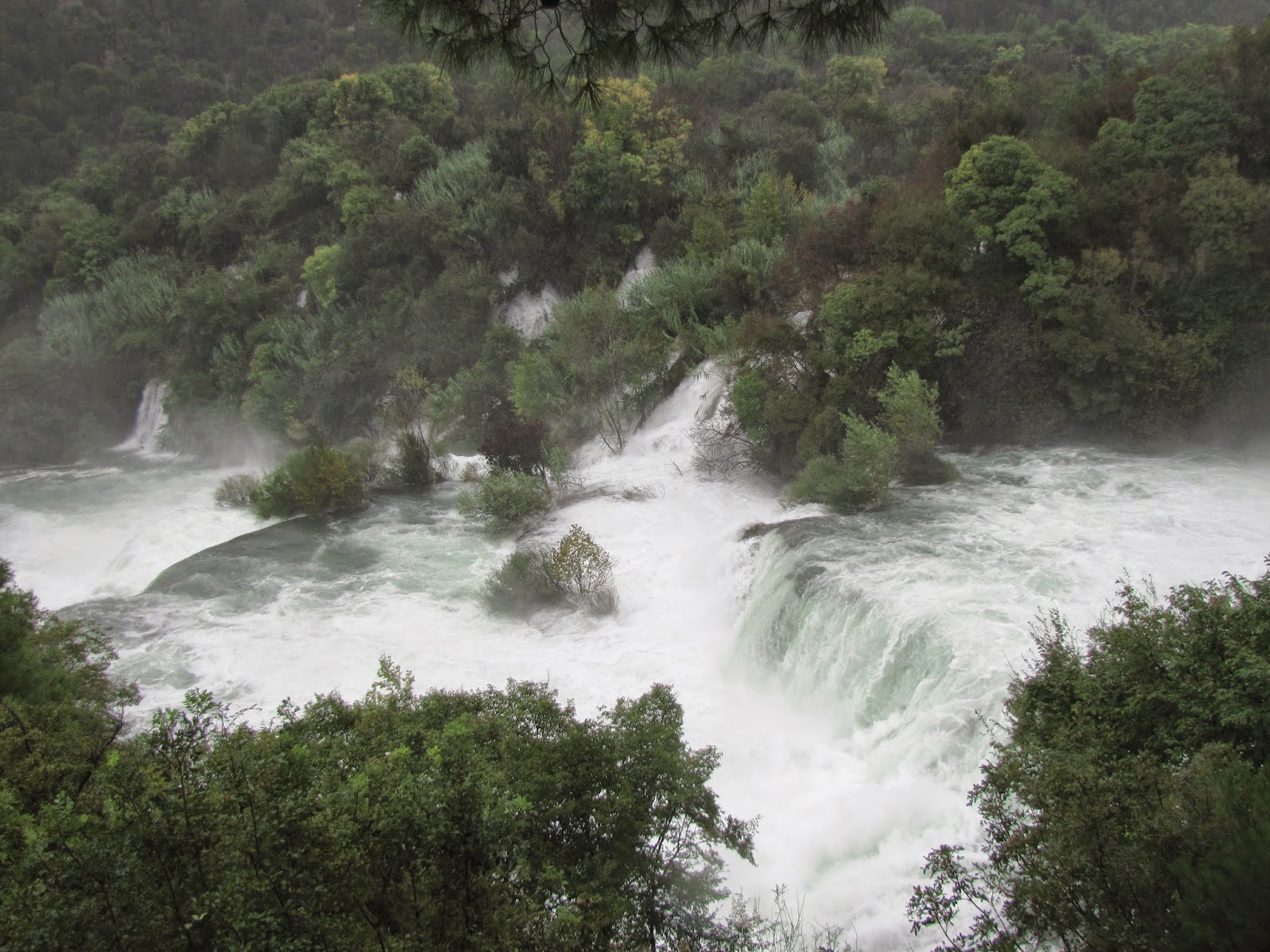 This is the quick and dirty version of the trip, but I can't finish off talking about this trip without telling you about the funny and embarrassing stuff that always happens when visiting a new country.  So I'll save that for the next post.
Posted by Carla at 9:04 AM