I like to think I'm a pretty seasoned traveler.  And then I end up in some new country in a ridiculous situation I never could have imagined, or I just make an ass of myself.  Croatia was no exception to this.  Here are the top 10 funny, embarrassing, or just plain weird happenings from my trip there back in September:

1.  I played on a playground in Sibenik like a boss. 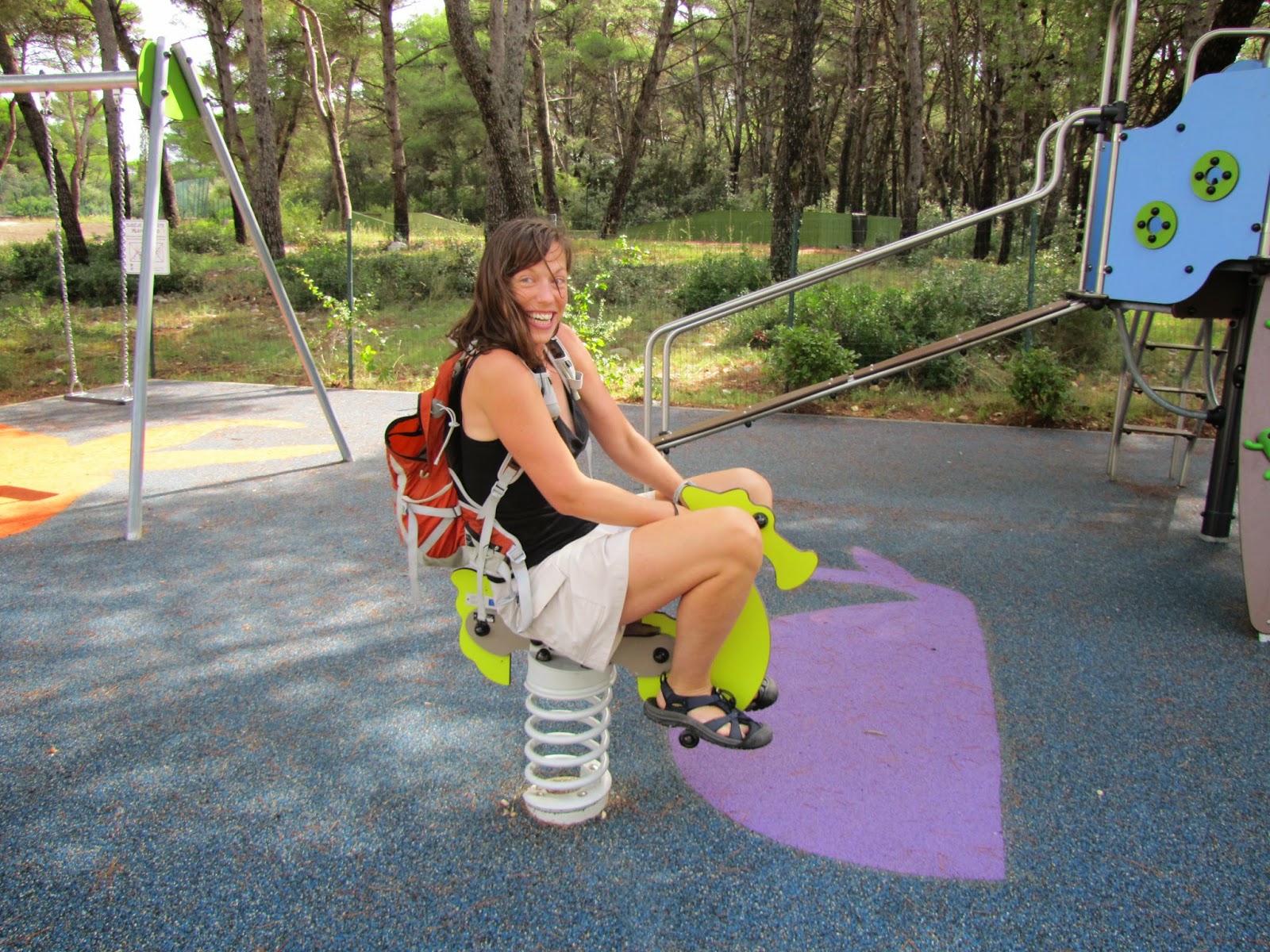 2. Our guide took us through a pitch black and flooded WWI bunker on the side of a mountain at night.  My inner claustrophobe freaked out for 2 minutes, then I managed to calm the hell down.  I didn't even mind that much when we had to crawl through a hole in a wall to continue through to the other side.

3.  While kayaking around Murter, we stopped at a secluded beach where a man by himself was pushing off.  He had left his hat on shore, and one of our group waded out to give it back to him.  A few days later on a super secluded beach in Kornati (remember, this is not an easily accessible park), we ran into the dude's wife.  She recognized our group from his description, and she nearly flipped her sh*t thinking we had kayaked all the way there from Murter (3 hours away by boat). Then, we couldn't get rid of her.  She came back to us again and again exclaiming over the coincidence. Very loudly.
4. The boat that we took out to Kornati and back had the tiniest bathroom I've ever been in.  I also couldn't figure out how to flush the toilet. 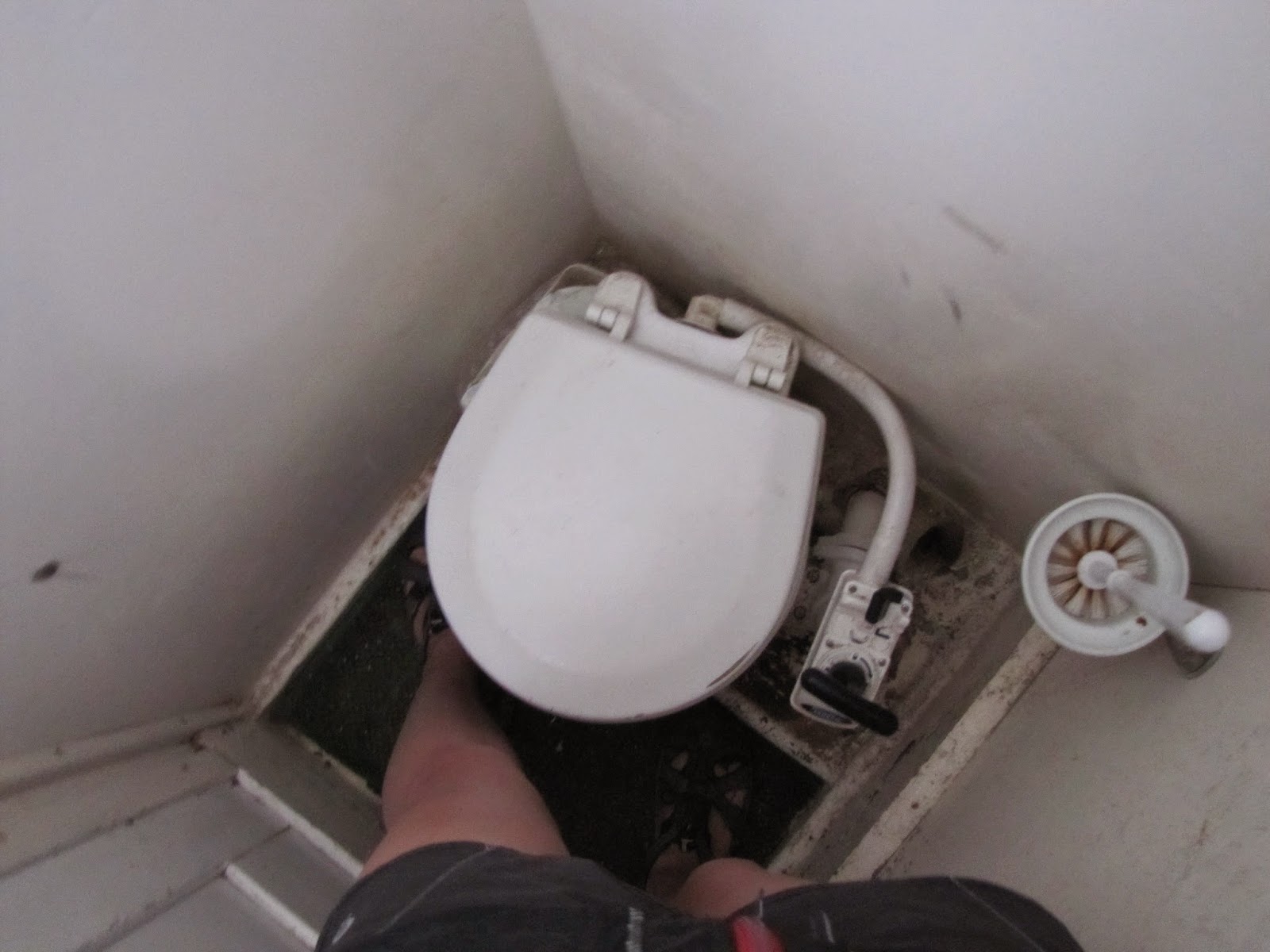 5.  On the 3-hour boat ride back from Kornati, Alabama, my home state, somehow came up in conversation.  Our guide, Pero, started singing "Sweet Home Lalalama", who legitimately thought that was the proper name.

6.  We almost biked through a funeral in Murter trying to get to some Roman ruins.  Upon discovering what we were leisurely pedaling through, we promptly turned around and slunk away as quickly as possible. It would not have been the first time I'd crashed a funeral abroad.

7.  Pero got our park entrance tickets for us at the Krka waterfalls.  We started down the trail toward the falls, and the man that Pero had picked up the from appeared and held his hand out to me.  Naturally, I shook it.  He started laughing, and so did Pero.  He was there to rip the stub from our tickets, despite the fact that he had just sold them to our group about 60 seconds earlier.  I just thought he was really friendly.

8. On our last night, a few of us went out for drinks on the beach, including Pero, who was wearing sandals with Hello Kitty socks. 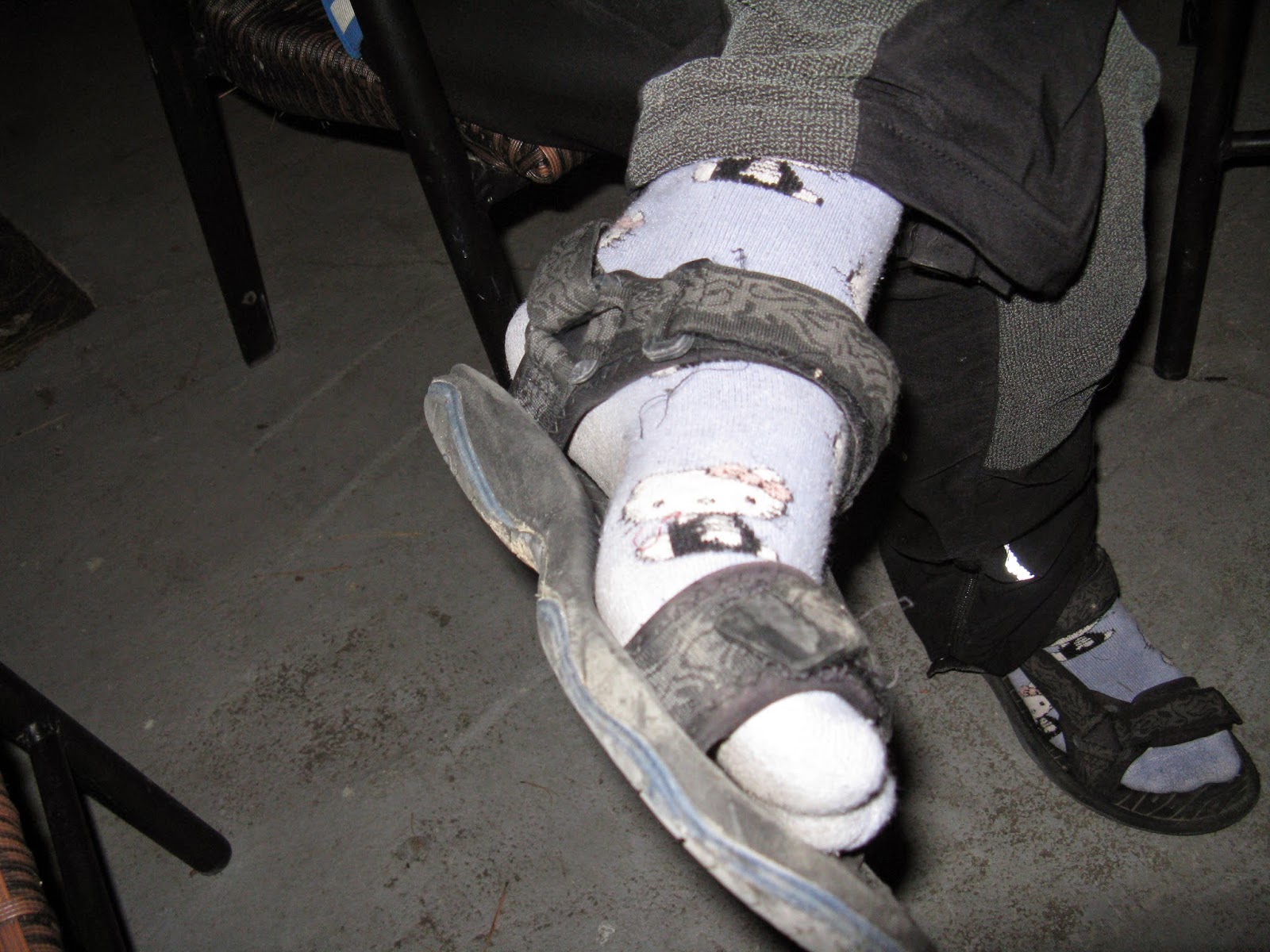 9.  I am utterly awful at mountain biking.  I skidded and slid all over the rocky, sandy trails around Murter, and I was Captain Chicken going downhill.  I was usually the very last person in the group, and they were nice enough to wait up for me every few minutes.

10. At the entrance to Manita Pec cave in Paklenica National Park was a tiny, ramshackle shed.  As we were waiting to go into the cave, Pero went into the shed, pulled out a large bottle of water, and handed it to us. I took a swig.  It was grain alcohol.  My eyes bulged out as I swallowed it, and I grinned at Pero.  Another woman took a sip, shrieked, and nearly spit it out.  You have to love a guy that takes you halfway up a mountain and serves you grain alcohol from a shack.

No trip is complete without a few nutty or embarrassing events, whether you're going to Croatia or Lalalama.  They make some of the best memories.
Posted by Carla at 8:40 AM