Hi, my name is Carla, and I like to travel a little bit. 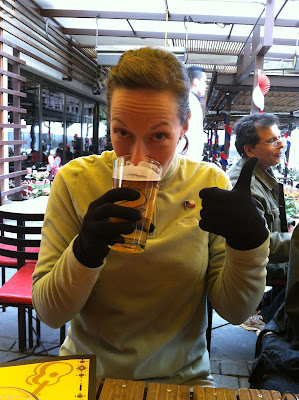 Ok, I love travel like Lindsay Lohan loves wrecking cars.  If that’s not love, I don’t know what is.

This travel disease bit me when I was growing up in Alabama.  My mom gave me a 2-week guided trip around western Europe when I graduated from high school.  If she’d known what was to come of that, she would have NEVER let me go on that trip.  But for me, it was the best gift ever because it spawned Carla The Travel Beast.  I took two more guided trips to Europe. I  studied abroad in Scotland.  I went backpacking around eastern Europe upon finishing undergrad.  I started exploring third world countries when I moved to Washington, D.C. and just happened to become friends with lots of people that moved abroad and encouraged me to visit.  Mom nearly flipped her lid when I told her I was going to Africa for the first time.  I think she thought I was going to get either shot or eaten by an exotic animal promptly upon exiting the airport. Neither of those happened.  Though I’m happy to report that I ate a lot of exotic animals.

I kept a travel journal for every trip that I’ve taken, and I’m pretty darn proud of that.  My memory is downright awful, and I knew that if I didn’t write down all the shenanigans and crazy situations I encountered, I would forget about them in an embarrassingly short period of time.  I mean, I don’t even remember what I ate for lunch today.

I didn’t entertain the idea of documenting my experiences in blog form until 2011 when my life changed very suddenly - within 24 hours, my mother unexpectedly died, and I lost my job.  A few short months later, I ran off to Asia for a month to escape my new existence as an unemployed adult orphan.  With my mom no longer around to worry about me dying from Japanese encephalitis or an elephant trampling, my friends and remaining family picked up the slack with gusto.  And so I started The Inconsistent Nomad so that people would know that I wasn’t dying in a Cambodian ditch and (*gasp*) was actually having a blast! 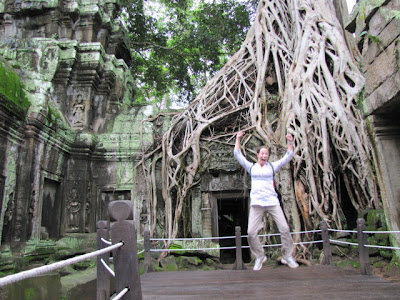 The Asia trip is long over, but I still document travel stories both old and new (thank goodness I kept those travel journals, right?), lessons learned, and general useful information on travel destinations - including Alabama, which is someplace I go back to quite a bit these days. I write about Alabama a lot, actually.  I get reverse culture shock - go figure.

Random facts about me

I am addicted to Cool Ranch Doritos, and I probably need a 12-step program.

I often cross-dress when I sing opera

I refuse to own an e-reader of any sort.  Give a real book, dadgum it.

I have a monkey hat, and I know you’re jealous. 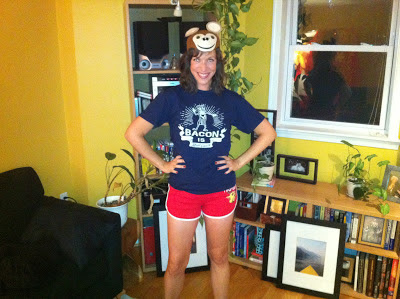 I had a goat named after me when I was a child.

I will go to insane lengths to avoid checking a bag on an airplane.

A few of my favorite countries are Scotland, South Africa, Vietnam, and Austria.

My favorite appliance is my electric kettle.