Thanks to all the amazing people on the Stash Mob team that I ran with this weekend, I am officially a relay race fan.  After running 13.2 miles, getting around 3 hours of sleep, wearing lots of pink, and eating lots of junk food, I feel fabulous.  A good long shower afterward and a few hours in compression socks helped a lot, though.  I was a tad funky after running three times and spending 30 hours in a van with 5 other people. 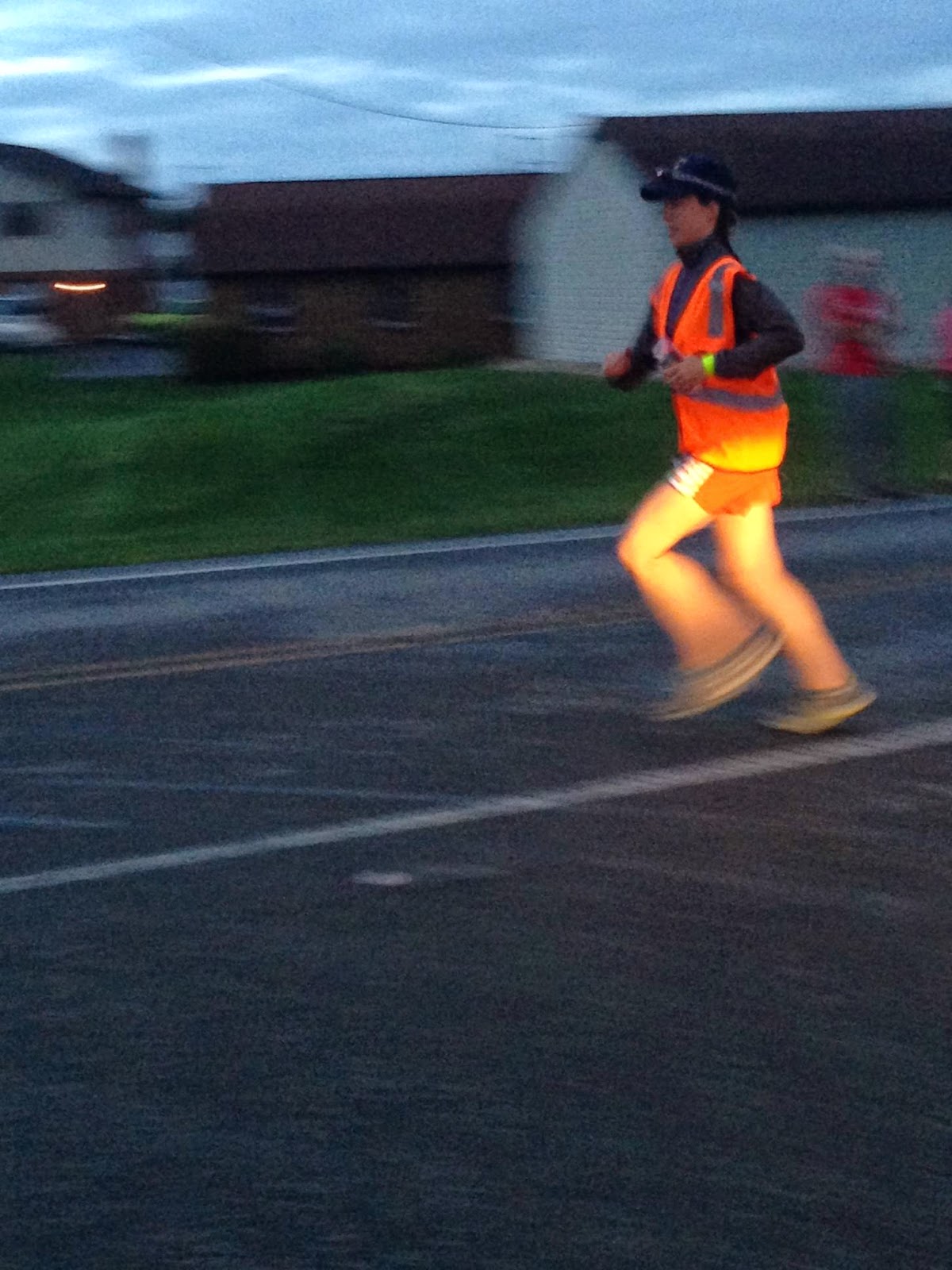 I felt fairly prepared for my first relay experience, but one can only prepare so much without experience.  I really hope to do one of these again in the future (and hopefully with the same people), so these are the top 10 things that I'll do differently next time:

1.  Bring more beer.  You can never have too much.
2.  Bring less non-running clothing.  I only need one outfit to sleep in and wear in between race legs.  If it's not drenched in sweat, it's good enough.
3.  Bring more bourbon.  After running a leg that is cold and/or wet, bourbon will warm up your insides quite quickly. Also, it's delicious.
4.  Bring a hydration pack, like this one.  My last leg was hot with very little shade, and I ended up borrowing one from one of our fearless team captains (thank goodness they were prepared for things like this). There are no water stops (or toilets, for that matter) on the legs. If you're thirsty or have to poop, well, good luck with that.
5. Don't bring heavy costume hats.  I brought a fabulous fuzzy pink Viking helmet, and it was too warm to wear it.  I hate seeing a good Viking helmet go to waste.
6.  Don't wear my "Show me your boobs" trucker hat inside a church.  Oops.
7.  Bring instant coffee to drink before each leg.  A caffeine boost really makes a difference in my energy level, and it would have been really nice to have when I started my second leg around 3:30 am.  I know I could drink a Red Bull or a 5 Hour Energy, but that stuff is disgusting.  I'd rather run groggy than guzzle that swill.
8.  Leave the camera at home.  I thought I'd want to take some more serious pictures, but digging my camera out of one of my bags was too much of a pain in the ass.  I always had my phone by my side, so laziness won that battle.
9. Bring a spare pair of running shoes.  It started pouring a few hours into the race, and I had visions of having to run in muddy, soaked shoes the entire time.  I didn't have to run in rain and mud, but a couple of our team members did.
10.  Train.  I was very lucky to be asked to take someone's place on the team at the last minute, so training wasn't much of an option this time around. But I have every intention of doing it again - only faster.

All in all, everything was fine, I didn't royally screw anything up, and our team captains were impressively prepared with everything we might need that we didn't have for ourselves, including everything from mustache bracelets to Gatorade.  Because you never really know when you'll have a mustache bracelet emergency.