Laura:  “Hey, want to run a marathon in the Outer Banks in November?”
Me: “Hell no.  I just did a half marathon.  There is no way I’m running twice that distance. I don’t even want to run another half.”
Laura:  “They have a half marathon, too.”
Me:  “Ok I'll do it.”

Based on my flip-flopping, I’ve clearly missed my calling in life as a politician.

Anyway, that’s how a group of us found ourselves in North Carolina’s Outer Banks last weekend.  Laura’s marathon training involved never running more than 15 miles.  My training involved going to Alabama and Chile and some very sporadic running in between.

But who cares?  We were at the beach!  The weather was absolutely perfect for running, we were one block away from the water, we had a hot tub, and the beach was nearly deserted. 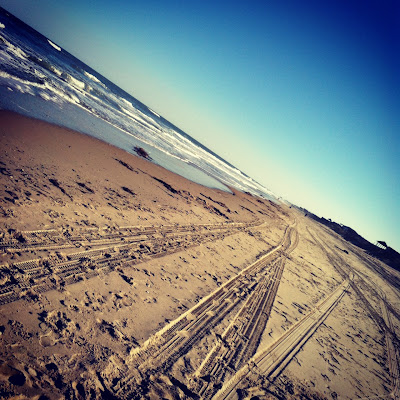 I ran the race, got a PR (beat my old time by over 2.5 minutes!  Training?  Bah, who needs it?), collected my free BBQ and beer (now THAT’s how to put on a race), and wandered with Chris around the adorableness of the town of Manteo where the race ended. 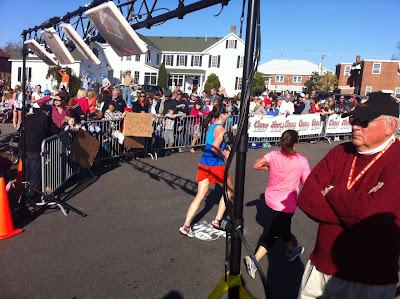 But I had plans for the rest of the day.  And they were as follows: 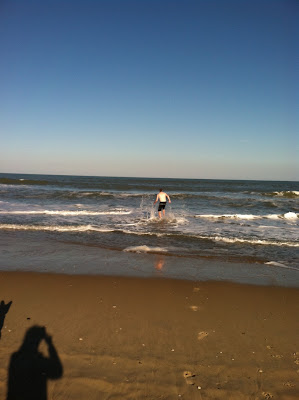 Things don’t always go according to plan, though.  Here is what actually happened:
Ok, I ate the cupcake before ever making it to the hot tub.  Details.  Whatever.

I didn’t complain at all about the slight change in my plans for the day.  I ran a great race, stayed hydrated enough to have beer afterward, got to go to the beach, dance to terrible  boy band music, meet fun new people, and sit in multiple hot tubs.  Before the race, I swore up and down that this would be my last half marathon.  My knee was protesting, I’m not the most dedicated when it comes to training, and races can get expensive.  But after a race day like this, I might have to rethink all that.  Especially when beaches and hot tubs at the Outer Banks are involved.
Posted by Carla at 8:58 AM